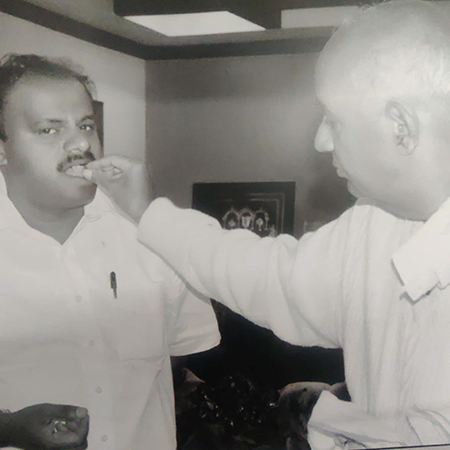 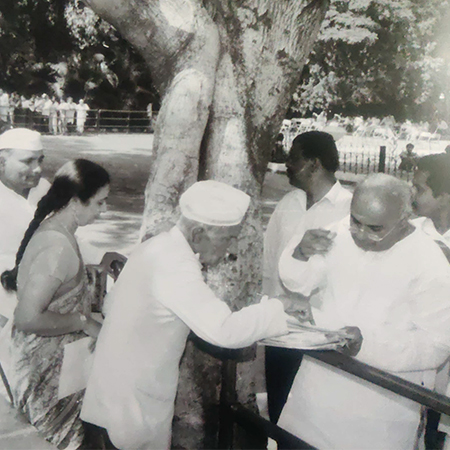 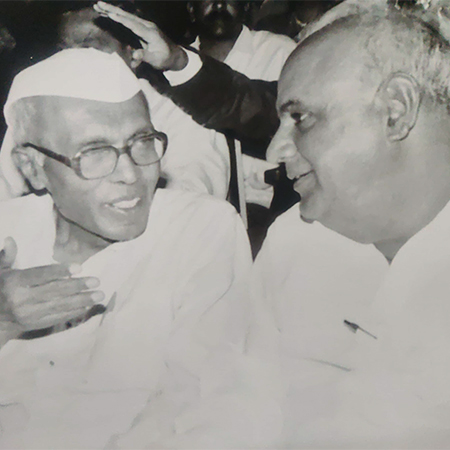 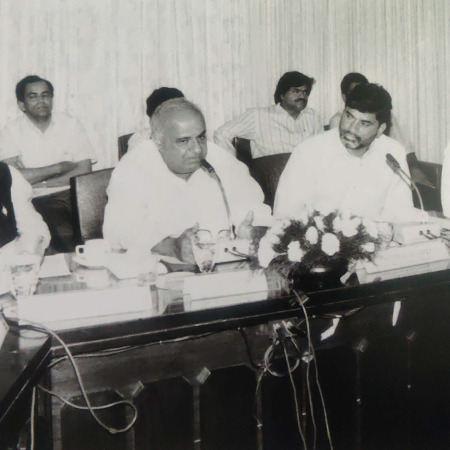 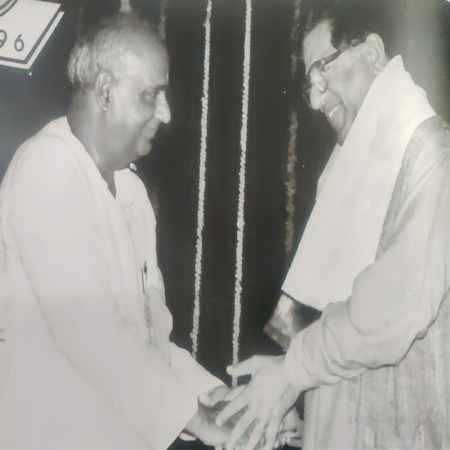 A Farmer from a small village becomes the Prime Minister of India:

A Farmer being a prime Minister for 10 months is incredible. It is such a proud feeling for Karnataka that a farmer from a village is ruling INDIA and solving the issues.

Shri H. D. Deve Gowda, a staunch crusader of socio-economic development and an ardent admirer of the rich cultural heritage of India, was born on May 18, 1933 in Haradanahalli village of Holenarasipura taluk, Hassan District in Karnataka.

A Civil Engineering Diploma holder, Shri Deve Gowda plunged into active politics at the early age of 20 when, after completing his education, he joined the Congress Party in 1953 and remained a member till 1962. Coming from a middle class agrarian background and exposed to the hardships of farmer's life, young Gowda vowed to become a fighter who would take up the cause of poor farmers, under privileged and oppressed sections of society.

Starting from lower strata of the democratic set-up, Shri Gowda ascended the political rungs gradually. He earned himself a niche in the minds of people while serving as the President of Anjaneya Co-operative Society and later as a member of Taluk Development Board, Holenarasipura.

Hoping to set right the inequalities prevailing in society, he always dreamt of an ideal utopian State. When just 28 years old, the youthful Gowda contested as an Independent and was a runaway success from day one when he first became a member of the Karnataka Legislative Assembly in 1962. An effective Speaker on the floor of the Assembly, he was acclaimed by one and all, including his seniors. Holenarasipur constituency sent him to the Assembly for three more consecutive terms i.e., the Fourth (1967-71); the Fifth (1972-77) and the Sixth (1978-83) Assemblies.

Shri Gowda joined the Indian National Congress party in 1953 and remained a member until 1962. During that period, he was President of Anjaneya Cooperative Society of Holenarasipura and later became a member of the Taluk Development Board of Holenarasipura.

In 1962, Shri Gowda was elected to the Karnataka Legislative Assembly from Holenarasipura constituency as an independent candidate. Later, he was elected from the same constituency to the Assembly for six consecutive terms from 1962 to 1989. He joined the Congress (O) during the Congress split and served as the Leader of Opposition in the Assembly from March 1972 to March 1976 and again from November 1976 to December 1977. During the Emergency (1975-77), he was imprisoned in the Bangalore Central Jail.

Shri Gowda was the two time President of state unit of the Janata Party. He continued to win from Holenarasipur assembly segment on Janata Party's ticket in 1978, 1983 and 1985. He served as a minister in the Janata Party Government in Karnataka headed by Ramakrishna Hegde from 1983 to 1988. When V P Singh joined Janata Dal, Subramanian Swamy formed Janata Party (Jaya Prakash) faction, and Deve Gowda joined him to become Janata Party (JP)'s Karnataka President. But he lost from Holenarasipur in 1989, and soon later rejoined Janata Dal. He became President of the state unit of Janata Dal in 1994 and was the driving force behind the victory of the party in the 1994 State Assembly elections. He was elected from the Ramanagara, and sworn in as the 14th Chief Minister of Karnataka in December.

His prolonged experience in active politics and his strong base at the grassroots level enabled him to plunge straightway into the task of tackling many problems faced by the State. His political acumen was tested again when he brought the Idgah Maidan issue at Hubli to the forefront. It was a ground that belonged to the minority community and was the butt of political controversy. Shri Gowda successfully brought about a peaceful solution to the issue.

In January 1995, Shri Gowda toured Switzerland and attended the Forum of International Economists. His tours to European and Middle Eastern countries were a testimony to his achievements as a dedicated politician. His tour to Singapore, which brought in the much needed foreign investment to the State, proved his business acumen.

AS A PRIME MINISTER OF INDIA:

In the 1996 general elections, the Congress party headed by P. V. Narasimha Rao lost decisively but no other party won enough seats to form a government.

When the United Front (a conglomeration of non-Congress and non-BJP regional parties) decided to form the Government at the Centre with the support of the Congress, Deve Gowda was unexpectedly chosen to head the government and became the 11th Prime Minister of India. He took over as Prime Minister of India on 1 June 1996 and continued until 21 April 1997. Also, he was the Chairman of the Steering Committee of the United Front, the policy making apex body of all the constituents of the ruling front. He is credited for providing financial closure and kickstarting development of the Delhi Metro Project.

1983-88 : Minister for Public Works and Irrigation, Government of Karnataka